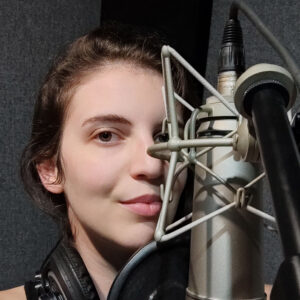 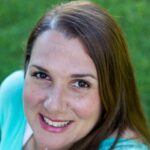 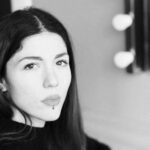 Chryssa was born and raised in Athens. She has been doing musical studies since 4-years old, including classical piano, and singing too. In 2010 she completed the classical harmony studies.

Throughout her childhood / teenage years, she participated in several bands including school bands, classical orchestras, and rock bands.

From the first time she entered a studio as a teenager, she knew for a fact that she wanted to do this professionally!

Needless to say, Chryssa made her love of sound into a career. In 2007 she studied sound engineering at I.IEK DOMI. During her studies, she was actively working by doing P.A. for conferences and other events.

In 2009 she started working at Sierra Studios. She was the main assistant for Alexandros Chrisidis.  After a while, she became part of the full-time Sierra Post Production and Dubbing team.

She is highly experienced in recording, dialogue editing, music editing, vocal tuning, and mixing for music and films. She also does a phenomenal job with sound design!

Along with sound, a love for alternative therapies developed that led her to study acupuncture at the Academy of Ancient Greek and Traditional Chinese Medicine from 2013 and in 2018 she attended a three-month scholarship to Tianjin University of T.C.M. Her interest in alternative therapies was enriched by herbal medicine, reiki, sound therapy, crystal therapy, tai chi-kung, and Theta Healing.

Podcasts have come into her life for a long time now and meditation is an integral part of her daily life. The idea for the BrainTuning Podcast was being prepared for two years until it was completed and published.

HolisticEnergy Club needs your support in order to grow. You can donate or like and follow us on social media. Love and light.
Support us

HolisticEnergy Club needs your support in order to grow. You can donate or like and follow us on social media. Love and light.

We use cookies on our website to give you the most relevant experience by remembering your preferences and repeat visits. By clicking “Accept All”, you consent to the use of ALL the cookies. However, you may visit "Cookie Settings" to provide a controlled consent.
Cookie SettingsAccept All
Manage consent

This website uses cookies to improve your experience while you navigate through the website. Out of these, the cookies that are categorized as necessary are stored on your browser as they are essential for the working of basic functionalities of the website. We also use third-party cookies that help us analyze and understand how you use this website. These cookies will be stored in your browser only with your consent. You also have the option to opt-out of these cookies. But opting out of some of these cookies may affect your browsing experience.
SAVE & ACCEPT